Olive oil as the symbol of the mediterranean

The olive and its products are considered the symbol of the Mediterranean. Historical, religious and folkloristic documentation proves it was used as early as 1597 bC. Tablets originating from this period have been found in the Imperial Palace of Babylon detailing rations of olive oil distributed among each citizen.

The biblical tale of the Great Flood and Noah’s Ark makes clear reference to the olive branch and olive oil, which clearly adds to the symbolic significance of this plant.

It was the Phoenicians who brought the olive to the Mediterranean, African and Southern European coasts and made what they call “liquid gold” popular among the inhabitants.

The Ancient Greeks extended olive cultivations and the Romans contributed greatly to its popularity by planting olive groves in all the lands they conquered. It was the Romans who invented the first instruments to crush olives and who began to classify the oil in 5 different categories:

Olives became known across the entire Mediterranean area and the oil became part of every day life. It wasn’t merely a dressing, but was even used as a currency of exchange in commerce. It was also used for therapeutic purposes, as ointment for the dead, during religious festivals and often to ward off evil spirits.

Although our ancient predecessors understood the importance of the “yellow gold”, between the 14th and the 19th centuries olive oil lost some of its popularity. An increase in cattle breeding brought other kinds of fats, butter and lard, onto the market.

It was only towards the end of the 19th and the beginning of the 20th century when the idea of regional cuisine became popular that olive oil was rediscovered and re-evaluated as one of our best national products.

Our aim is to spread knowledge and appreciation of this culture, to protect and value it as it so rightly deserves. 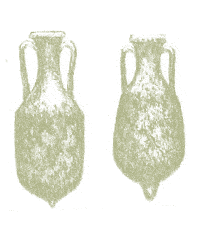